Here you will find our posts on any important information.

KENTONLINE.CO.UK
Baby died after mum turned away from busy labour ward
An expert midwife has told an inquest a baby who lived for just 27 minutes would have survived if his mother had been admitted to hospital sooner.

“Baby Archie Batten would have survived if mum had been admitted to hospital sooner, inquest hears. Baby deaths scandal
Archie’s death is one of a number of potentially avoidable baby deaths at crisis-hit East Kent Hospitals.
An independent inquiry called the Kirkup Review is currently underway with an expert panel looking at the performance of EKH dating back to 2009, when it became a foundation trust.
Families who believe they received poor clinical care from the trust were encouraged to come forward and the number is believed to be at almost 200″.
The findings of the investigation are expected to be published after the summer.
In 2020, the hospital trust’s board admitted the number of potentially avoidable baby deaths could be as many as 15 in seven years”.
THE REPORT WILL BE RELEASED ON MONDAY 19TH SEPTEMBER. I will be attending this meeting. 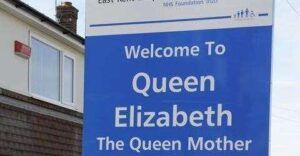